St Martin’s in the Bournemouth Echo

STAFF and pupils are celebrating after St Martin’s School was awarded a rating of Good by Ofsted Inspectors.

St Martin’s is a small independent school, founded in 1914. The report stated that the school’s 85 pupils “make good progress during their time at St. Martin’s and are well prepared for the next stage of their education when they leave at age 11.”

Following a two-and-a-half-day inspection, Ofsted inspectors added: “Teaching in the school is good. It is built upon the solid foundation of strong relationships between teachers and pupils.”
The inspectors praised the reading levels in the school reporting that “most pupils are fluent readers and many have reading ages well in advance of their chronological ages.”

Head teacher, Laura Richards, who has been in post for just over a year, said: “We are absolutely thrilled with the report. I am very proud of the commitment of staff and delighted with the positive way in which the pupils represented the school. I am particularly proud that the inspectors recognised that pupils’ physical well-being is promoted well by sporting activities and their emotional well-being is supported by the family ethos of the school. Pupils are kind and willing to express their gratitude for the kindness shown to them by their classmates.’” 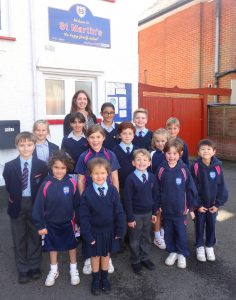 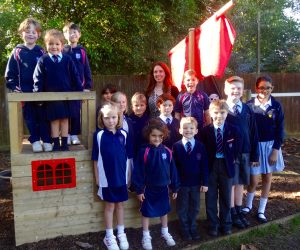